Welcome foreigner, through the doors of our prisons

A reflection on the rise of the foreign population in European prisons and its implications.

The phenomenon of concern

The average European prison population rate has grown slowly but steadily during the last years. Statistics show clearly an inverse relation of welfare and imprisonment, in other words, states that spend more on welfare have lower imprisonment rates and vice versa. It comes as no surprise than, that the Scandinavian countries continue to be at the bottom with the lowest prison population in Europe, while the higher rates are in Greece and Spain. There is another high rate over there and that’s unemployment! To use a characterization of Pierre Bourdieu- while the left and loving arm of the state is becoming more invisible, the right and punishing arm is becoming ever more present, and it becomes honestly difficult to believe and maintain that the consistency of this inverse relationship is simply accidental, or coincidental.

This type of critique has already been stated by many scholars, most prominently Loic Wacquant, during the last years, mainly in terms of the end of penal welfarism and rise of neoliberal penality: the prison as an instrument of controlling the working classes, the poor, the unemployed, the drug users, in other terms ‘the surplus and the problem population’, in other words the return of the prison as a penalisation instrument of social precariousness.  What is truly worrying is that contemporary political discourse increasingly frames problems of a social- economic nature in terms of security, social control, and social exclusion.

The real dramatic fact of concern, and that is that while Europe has a foreign-born population of no more than 9 percent of its total population, more than 30% of its prison population are foreigners (and here I’m limiting myself to the so-called normal and legal prisons: there are others). How to understand the rise of foreigners in the prison system?

Often the various EU institutions call this with some caution ‘overrepresentativeness’. If I look at the data I would call this a war, and this metaphor is a famous one today, just never used this way. We often hear about the ‘war on terror’, the ‘war on drugs’, the ‘war on crime’. There is also a war on foreigners.

There is generally a rising paranoia and xenophobia in many European countries, as evidenced by the rise of the far right, which is blaming crime, disorder and unemployment on immigrant populations, and leading other social groups in Europe to view these issues as threats to their communal identity, obscuring the necessary role of migrants for demographic and capitalist expansion, to say the least.

While the far right is of course always to blame, this political game is unfortunately played by other parties at all ranges in the political spectrum. Such discourses imbued with moral credibility and political authority have been built upon the concept that cultural difference leads to inevitable social breakdown.

What are the implications?

Why are prisons filled with foreigners? Plausible explanations vary from rise of foreign population, foreign crime rise, differential treatment in the justice system, and not less important link with poor social and economic conditions. Among other reasons, they end in prison because of various irregularities like lack of documents, extreme security measures that targets them specifically, and the increasing link of crime policies with immigration, what has been coined as the crimmigration nexus. They are often seen unfit for alternative measures from the judges, there is less trust in them from the social workers, and they often lack economical means to defend themselves legally and lack a legal knowledge, and knowledge of local languages. In other words the poor still get prison while the rich can avoid it. In the abstract law is equal for all, in reality it is not.

Whatever the explanations are and in whatever direction they go, the numbers remain shocking. It remains shocking not only because it resembles a state of war against foreigners, and it perpetuates and makes worse the very problems they attempt to solve, but because of another insight of Nils Christie, who argued in Crime Control as Industry (1993), that the more unlike oneself the imagined perpetrator of crime, the harsher the conditions one will agree to impose upon convicted criminals, and the greater the range of acts one will agree should be designated as crimes. In other words, he argues that more homogeneous nations institutionalize mercy, which is to say they attend more closely to the circumstances surrounding individual criminal acts.

Now homogeneity can be understood in many different ways, it can relate to gender, culture, class, ethnicity, religion, etc. Clearly Europe is not becoming more homogeneous when it comes to all of these variables, on the opposite, which means that the dangers of more and harsher punishment lie ahead of us if we take the insight of Christie seriously. It is also wise not to forget that the first camps in Europe were built as places to control refugees, and that the progression – internment camps, concentration camps, extermination camps – represents a perfectly real filiation.

Even if this warning sound too dark, the rise of foreigners in prison creates extreme difficulties for the idea of prison itself. What does it mean under these conditions to ‘do time’ in prison? According to the Belgian prison Act of 2005 a prison sentence aims at “the rehabilitation of the offender and the preparation of his reintegration into society”.

While reflecting on the effect of prison rehabilitation and educative measures on each of the prisoners is a must, the reflection becomes double imperative when it comes to foreigners. Their entry in prison has a boomerang effect: as if through a door of a cheap hotel, they go in and out without any sense to their stay, a stay which becomes useless, and even contra-productive. The continuous flux gives no time for rehabilitation measures, since reeducation, resocialization, reintegration, all such measures depend on something one has outside prison: a home, affection, friends, occupation. But if one has nothing, not even a name, where and what to reintegrate to? With their limited access to reintegration activities, for convicted irregular migrants life in prison resembles that in an administrative detention center, suggesting their stay in prison serves more as an instrument of migration control than of crime control.

If the reason for going to prison becomes so questionable (you’re condemned because you have no documents, or you are condemned to imprisonment while somebody else that has committed the same offence gets alternative measures), prison becomes a terrain of cunning and illegality, and as such will have nothing to teach, if it ever did.

Prison becomes simply a garbage bin of all social unease. We must not forget that in reality garbage is the true mirror of our societies, and it is of no use to turn our faces away from it, the image will come back to haunt us. Out of sight might mean out of mind, but mindlessness is not something we can afford for long. 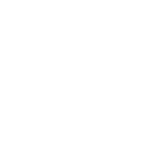